“If the world was emptied
of guys, what would we
talk about?”

A copy of the painting by Polish painter Agnieszka Szyfter was printed on the wardrobe. On the one hand, this piece of furniture is a display for showing art, and on the other side, it has its functionality. The presented wardrobe is the first piece of furniture from a limited series.

Agnieszka is a European contemporary artist/painter, graphic artist, and illustrator/, who has exhibited widely and has been shown alongside Picasso, Dali, Miro, Matisse, and Chagall at the William Bennett Gallery in Soho, Manhattan.

Her paintings were exhibited at the Art & Design Gallery in 2008 – were awarded the Chinese Minister of Culture distinction at the Beijing International Art Exposition. In the same year, she was invited to join the Emotionalist School formed in the USA by the sculptor – professor Lubomir Tomaszewski. In December 2010 Szyfter became an associate of the Williamsburg Art & Historical Center in New York.
• In 2011 and 2014 a number of Szyfter’s graphics were acquired by the Art Museum /The WAH Center/, where they form part of the permanent collection.
• In the same year the Chinese Ministry of Culture, the Xingjiang government, and the China International Exhibition Agency (CIEA) sponsored an international art exhibition „One World, One Home“, which was held in Urumqi. Poland was represented by Szyfter‘s paintings.
• In 2012 the Wickenheiser Paradise Lost Contemporary Art Fund, which acquires significant artworks – acquired Szyfter’s graphics in order to add them to its world-renowned collection.
She has had several single artist art exhibitions in Europe, Asia, and the USA.

COURIER LIFE, July 2007: “The city of female muse. For her debut she has produced a series of works (…) dedicated to women and New York City. (…) Her works are very feminine. She transforms bodies and faces- trying to show the spirit and the mind of the person.”
NEW DAILY, May 2007: Ann Rudek: “Agnes in the City. She paints with a great strength and confidence.(…) The spectator hits a beautiful, clear, expressive bold color. Her works thanks to the extraordinary atmosphere and optimism positively influence and become a nice view to the eye.”
GALLERY& STUDIO, March 2011: New York art critic Maurice Taplinger classified Szyfter as “a post – feminist in a different medium but a similar manner to Madonna and Lady Gaga. … In that her art seeks to empower women through glamour as opposed to politics (…). Her subjects are flamboyant as seen in her Post-Pop Neo-Art-Nouveau paintings such as Girl With A Pearl Earring (…).‘‘
GALLERY & STUDIO, March 2012: New York art critic Maureen Flynn: “The Last Supper by Szyfter outdoes even Andy Warhol’s late version of that great subject for Szyfter’s audacious inclusion of likenesses of Bill Clinton and Bill Gates at the table.” 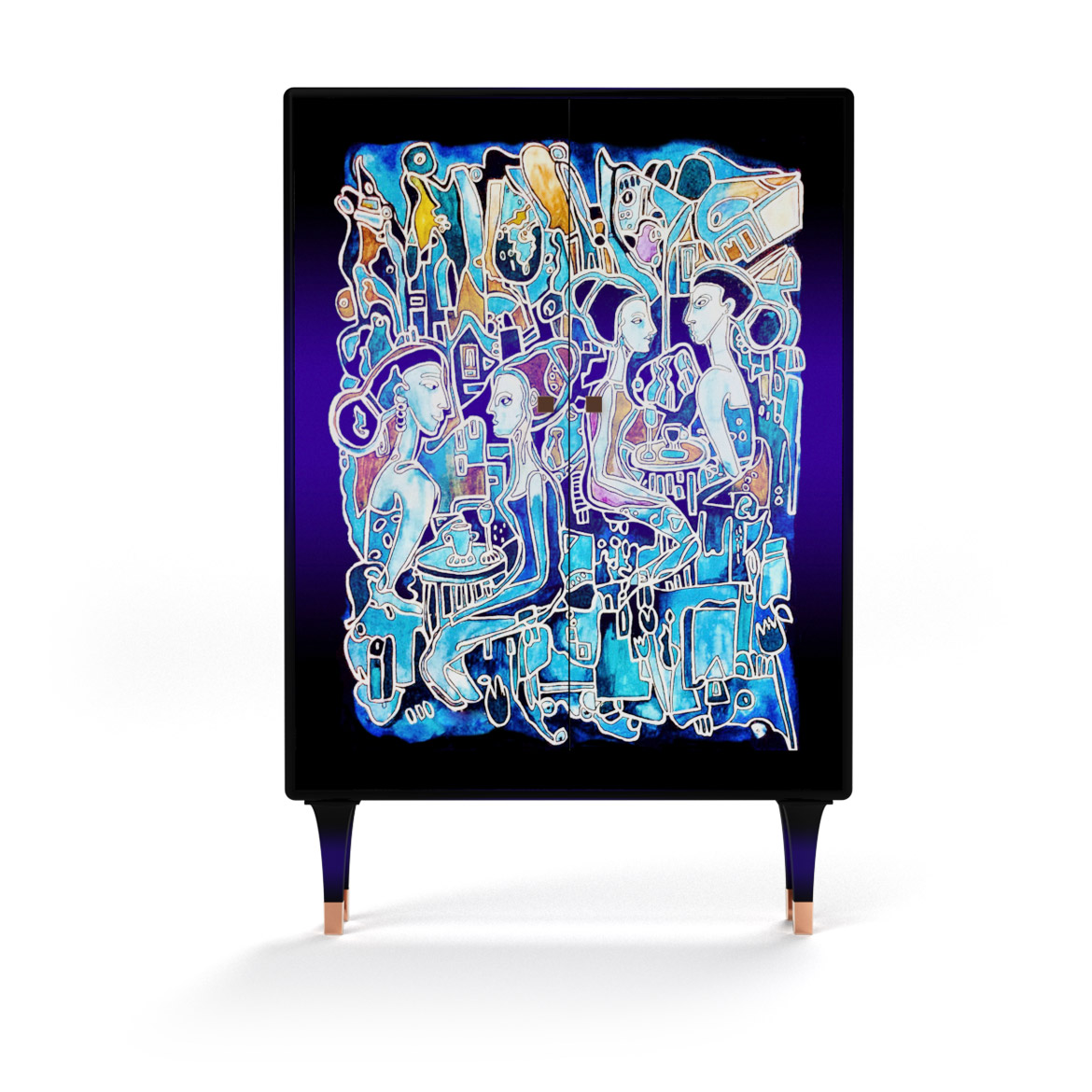 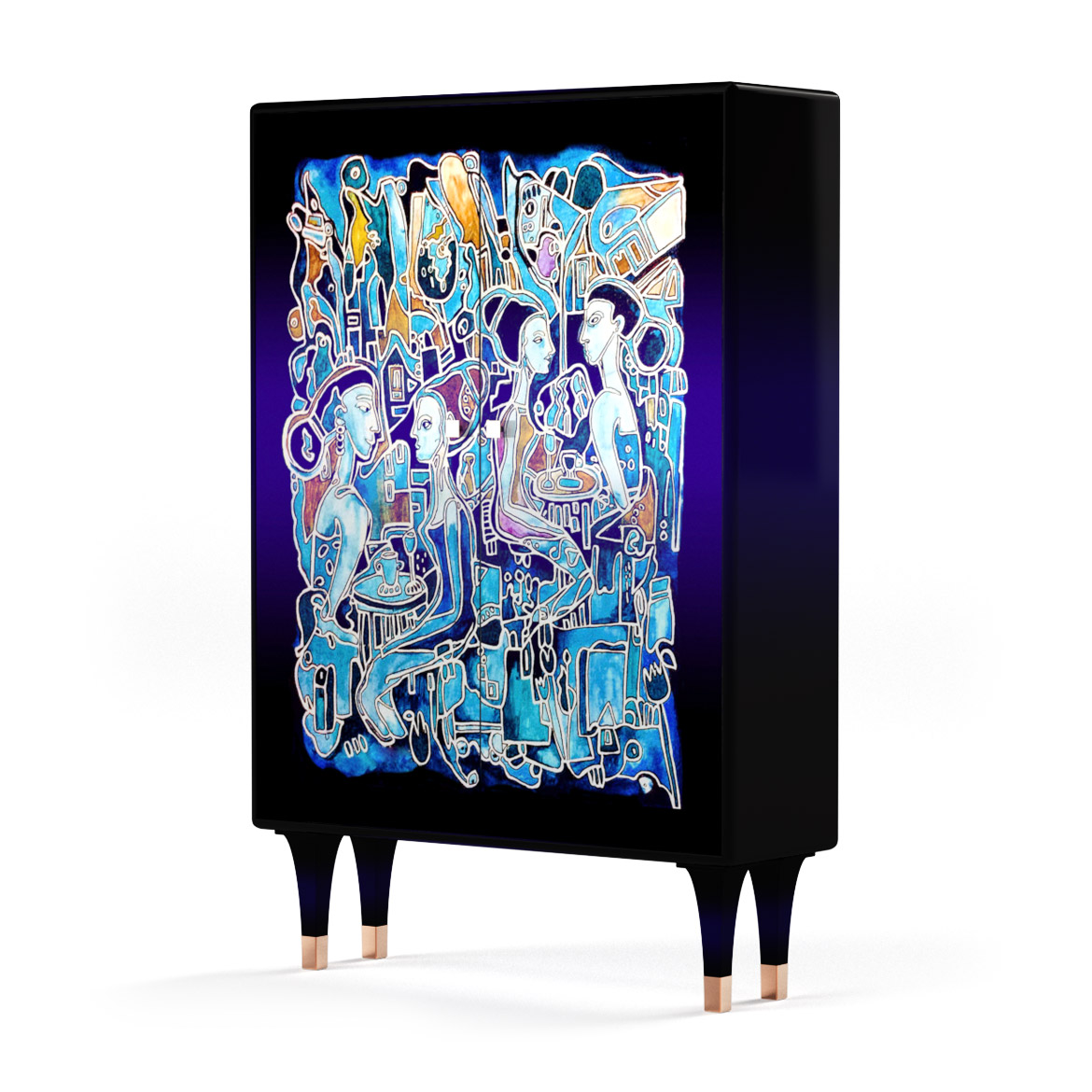